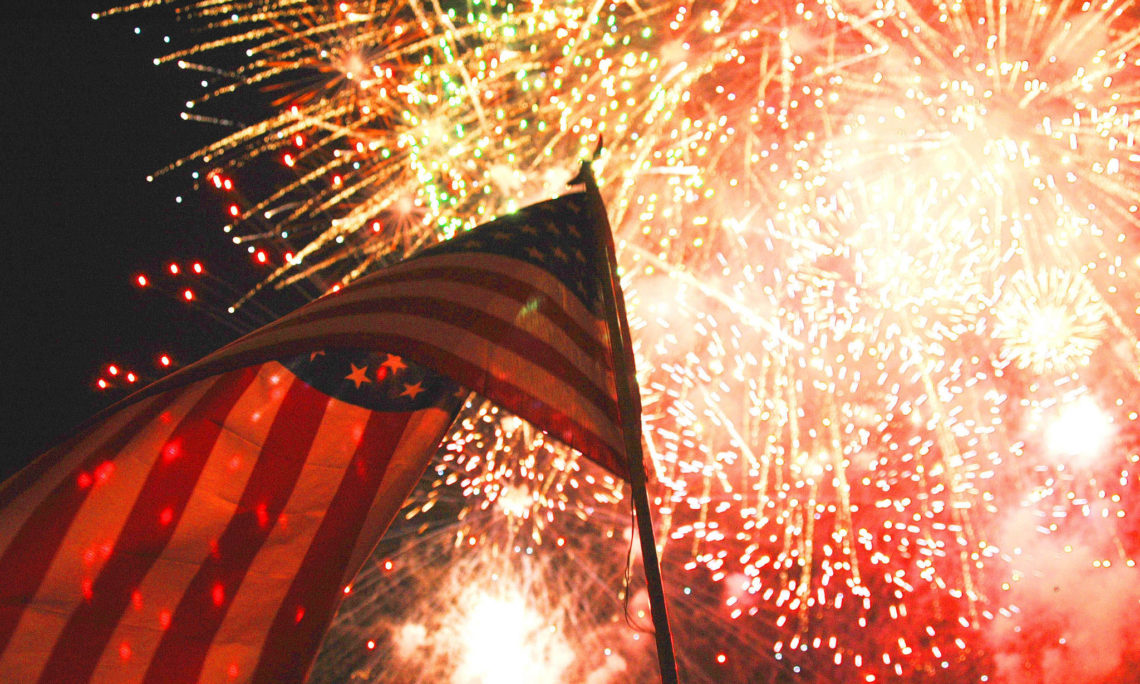 The founders of the United States knew that independence was something to celebrate. And although U.S. Independence Day celebrations have evolved over time, July 4th festivities remain an important part of American life.

But Independence Day wasn’t supposed to be on July 4. In the spring of 1775, after more than a decade of agitation against British policies and the first battles of the War for Independence, the 13 American colonies sent representatives to the first Continental Congress in Philadelphia. After much debate about severing ties with Britain, the representatives voted unanimously for independence on July 2, 1776.

The next day, in a letter to his wife, Massachusetts Representative John Adams said the date “ought to be solemnized with Pomp and Parade, with Shews, Games, Sports, Guns, Bells, Bonfires and Illuminations from one End of this Continent to the other from this Time forward forever more.”

The declaration bore the date of July 4, which the new nation embraced as Independence Day.

Adams was right about the ways Americans would celebrate. Even as the new nation fought to make independence a reality, July 4 was quickly marked by parades, concerts, dinners and fireworks. The 1777 celebration in Philadelphia included music by a band of Hessian soldiers — mercenaries fighting for Britain who had been taken prisoner the previous winter.

Parades to celebrate Independence Day began as military displays but quickly became democratic affairs. The 1788 parade in Philadelphia was more than a mile long, with horse-drawn floats and workers of all kinds marching in costume.

The ways in which Americans mark July 4 have quieted down, according to James Heintze, a retired American University librarian and a historian of Independence Day. Through much of the 19th century, he says, it was a “loud, raucous time,” and the noise was considered a show of patriotism — whether by small boys with firecrackers, miners with dynamite or towns with artillery firing salutes throughout the afternoon.

A major feature of the holiday during the 1800s would have been a patriotic speech by a leading citizen, sometimes lasting as long as two hours. “That was kind of the media event of that time, “Heintze explains.

Independence Day has also been used by Americans to express dissenting political views. In the years leading up to the American Civil War, leaders of the anti-slavery movement organized events — typically on July 5 — to remind people that, for African Americans, the Revolution’s promise of liberty had not been fulfilled. And from the beginning of the Civil War, Americans in the South stopped celebrating July 4 out of loyalty to the Confederacy. July 4th celebrations did not return to parts of the South for more than 35 years, Heintze says.

Today, most citizens celebrate in much the same ways as Americans did during the 18th century, with parades, picnics, neighborhood parties, outdoor concerts, sporting events and fireworks displays at night. Government offices and many businesses are closed, and workers typically have a paid holiday.

July 4 also remains a day for making a commitment to the country, as the signers of the Declaration did in 1776 when they pledged “our lives, our fortunes and our sacred honor” to securing American independence. In many cities and at many historic sites, thousands of immigrants take an oath of allegiance and become U.S. citizens on Independence Day.