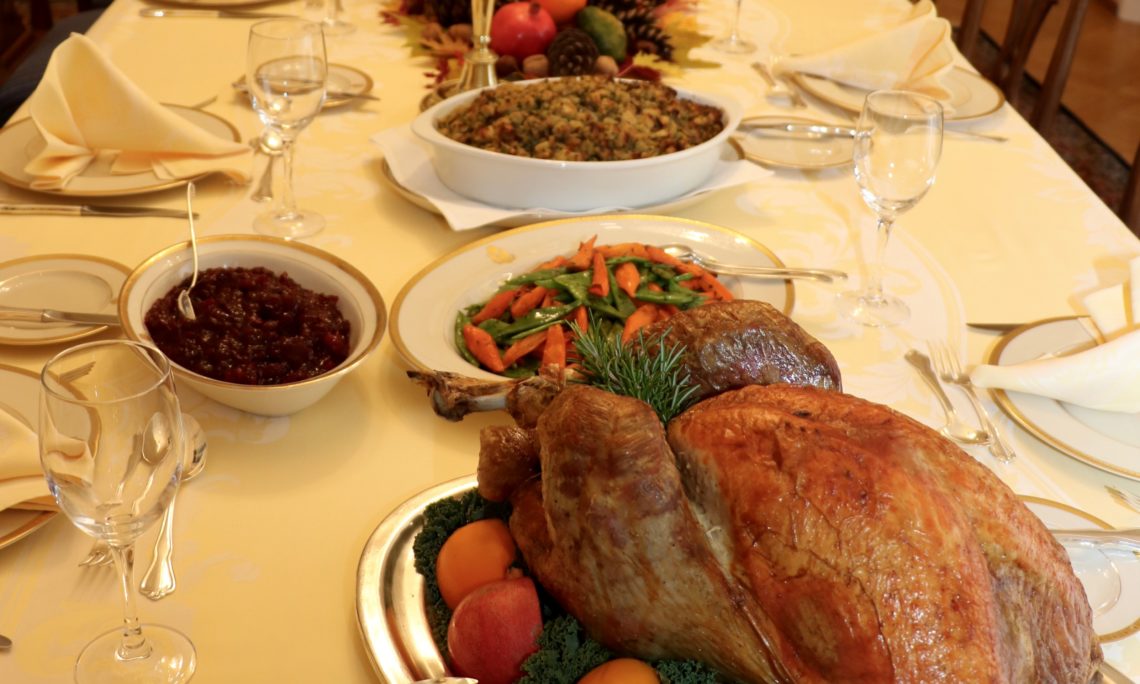 Thanksgiving in the United States is a time to gather with family and friends, share a traditional meal and express gratitude for the good things in life. It can also be a time of service to others in the community.

Celebrated on the fourth Thursday in November, Thanksgiving traces its origins to harvest festivals. It was customary to express gratitude for a bountiful harvest in the cultures of both the Pilgrims who sailed from England in 1620 and the Native Americans they encountered.

A three-day harvest celebration held in 1621 in Plymouth Colony (part of today’s Massachusetts) is generally considered to be the first American Thanksgiving. The Pilgrims had arrived the year before on the ship The Mayflower. They hadn’t brought enough food, and it was too late to plant crops. Half the colony died during the winter of 1620–1621. In the spring, local Wampanoag Indians taught the colonists how to grow corn (maize) and other crops, and helped them master hunting and fishing. They also showed the colonists how to cook cranberries, corn and squash.

The colonists had bountiful crops in the fall of 1621. They invited their Wampanoag benefactors to feast on wild turkeys, duck, geese, fish and shellfish, corn, green vegetables and dried fruits. Wampanoag Chief Massasoit and his tribe brought venison.

GATHERING TOGETHER AND HELPING OUT

Many Thanksgiving traditions come from that 1621 harvest celebration. Sheaves of wheat or corn are often used as decorations. Roast turkey, cranberry sauce, sweet potatoes and pumpkin pie are commonly served at Thanksgiving dinner. But as the U.S. population becomes more diverse, so does the Thanksgiving meal. Nowadays, sitting next to the turkey might be a dish of tamales, tabbouleh, couscous or sauerkraut.

Colleges serve a special meal for students remaining on campus during Thanksgiving, and international students are often invited to share Thanksgiving with local families. U.S. troops stationed overseas are served a Thanksgiving meal. When Americans at home sit down at the table and give thanks, they often express gratitude for their freedom and the sacrifices made to preserve it.Many people prepare Thanksgiving meals and serve them to the needy. Others donate to food drives, work at food warehouses or deliver groceries to soup kitchens, churches and other charitable groups.

Thanksgiving is the busiest travel period of the year because families make a special effort to be together. Some favorite pastimes include watching television coverage of the annual Macy’s Department Store parade in New York and of American football games played around the country. The day after Thanksgiving marks the beginning of the Christmas shopping season, an important time for U.S. retailers.

One whimsical Thanksgiving tradition is the annual “pardoning” of a turkey by the U.S. president, who spares the bird from the dinner table. The bird goes on to live out its life at a petting zoo.

The harvest celebration of 1621 was followed by a long period of injustice and conflict between Native Americans and Europeans. Many Native Americans in the United States see Thanksgiving as a “National Day of Mourning.” However, others enjoy a traditional Thanksgiving meal at home or in large community gatherings, taking the opportunity to spend a day with family and friends. Each year in southern California, the Morongo Band of Mission Indians donates thousands of turkeys to charities and families in need.

Native American history and culture are frequently discussed in schools around the Thanksgiving holiday and during November, which is National Native American Heritage Month.