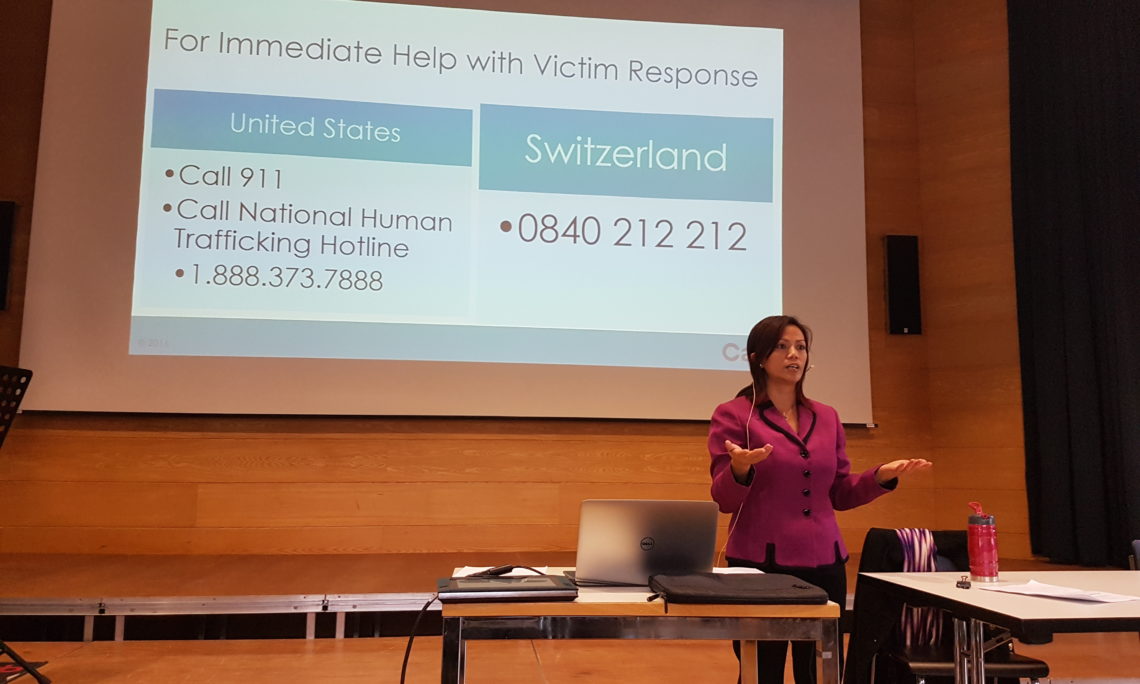 The speaker program on human trafficking was in the framework of the Swiss Action Weeks Against Trafficking in Persons from October 18 to November 3.