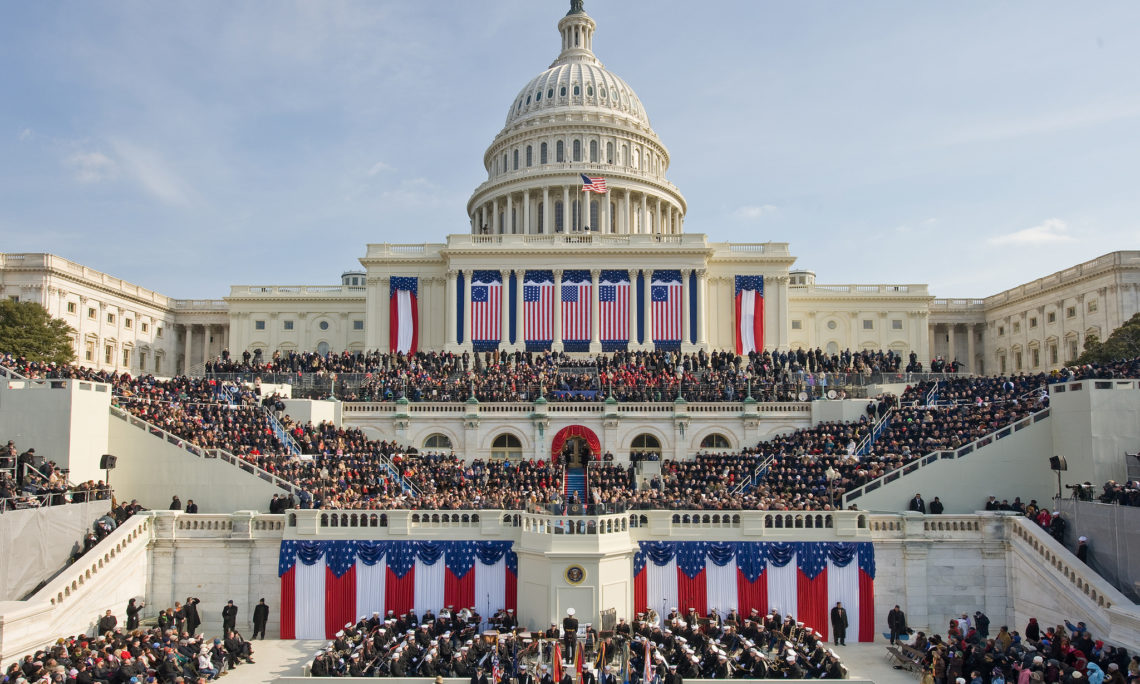 The inauguration of the 45th President of the United States will take place on Friday January, 20 2017. Did you know that this will be the 58th Presidential Inauguration ceremony? There’s one every time a president is elected – or re-elected. In fact, the Library of Congress has the history of each occasion here. You can learn all about this year’s inauguration here – from the President-elect and future first lady to a description of each ceremony that takes place on inauguration day. You can even get a hold of the first inaugural address!

Where?
West Front of the U.S. Capitol Building, with the oath administered by the Chief Justice of the U.S. Supreme Court.

Why?
The U.S. Constitution stipulates that the new President must make the following oath:

We hope you’ll join us in celebrating the peaceful transition of power that has been the cornerstone our democracy since 1789!