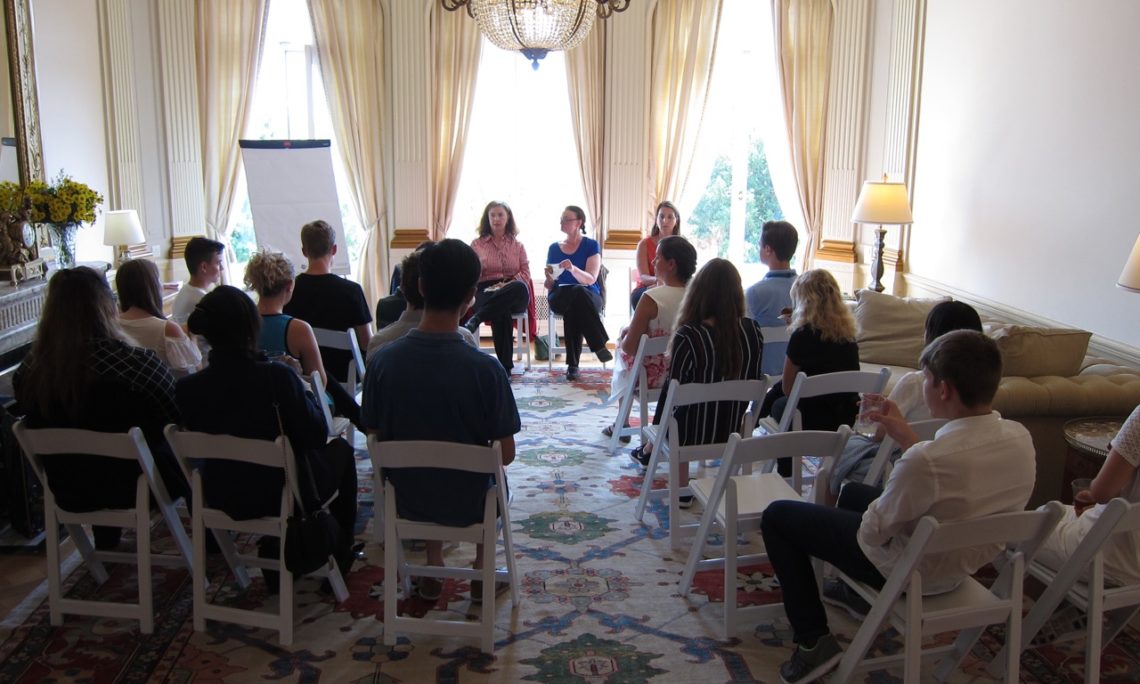 On August 25, students from the 11th and 12th grade classes at the International School of Bern visited the U.S. Embassy for Career Day. The students chose to visit the Embassy to learn about diplomacy and what it entails. The visit started with a panel discussion with Embassy staff who described their career paths and responsibilities, as well as Embassy functions and goals. Then the students got to test what they’d learned in an activity: they were assigned social media posts to draft for both the visit and an upcoming virtual college fair. A twelfth grader had this to say: “This trip was really insightful and opened my eyes to a new career opportunity to pursue.”

Written by students at the International School of Bern