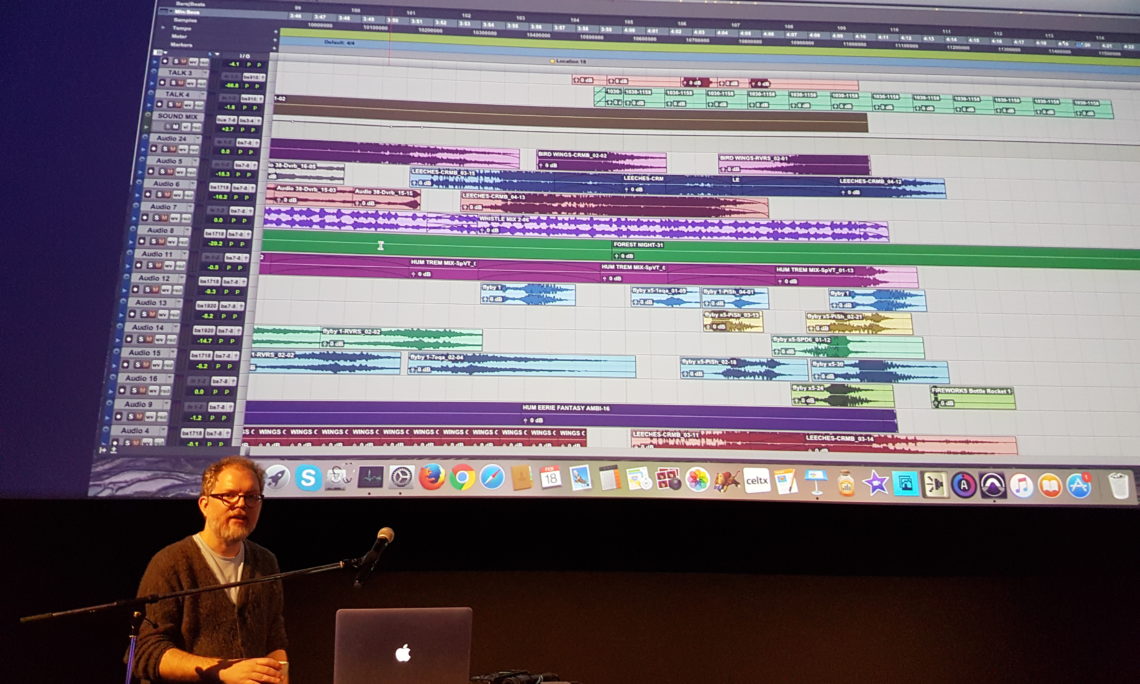 With support from the U.S. Embassy, American podcast producer, director and writer Jonathan Mitchell’s visited Switzerland from February 16 to 19. He spoke at the sonOhr Festival at Bern’s Cinema Rex on Saturday, February 18, leading a master class and participating in a panel discussion on podcasting. At the master class he guided the audience through the production process of a podcast episode, from original idea to writing, acting and improvisation, recording, and sound design. The panel discussion centered on such questions as why podcasts are so popular in the U.S., what makes a good podcast, and how a story finds its audience.

In addition to speaking at the festival, Mitchell gave a talk about podcasts at the Gymnasium Köniz-Lerbermatt, had a radio interview with Swiss Radio RTS, and participated in a writer’s round table at the U.S. Embassy.  Jonathan Mitchell’s visit showcased a unique piece of contemporary American culture and helped inspire his audiences at the school, over the radio and at sonOhr to listen to podcasts or even produce one themselves.

Mitchell produces “The Truth” which makes “movies for your ears”:  audio short stories that are sometimes dark, sometimes funny and always intriguing.  Each story is different, and usually 10 to 20 minutes long.  They take listeners to unexpected places using sound.  If you would like to listen to the stories, visit The Truth Podcast and have your earphones ready.

Mitchell, who lives in New York, studied music composition at the University of Illinois and Mills College.  Apart from The Truth, he has contributed to a wide range of work – documentaries, fictional stories, non-narrated sound collages and original music – to popular radio programs and podcasts like RadioLab, Studio 360, This American Life and Hearing Voices.  He has won many awards for his work, including Third Coast Festival, The Sarah Lawrence College International Audio Fiction Award, and the Gold Mark Time Award for Best Science Fiction Audio.