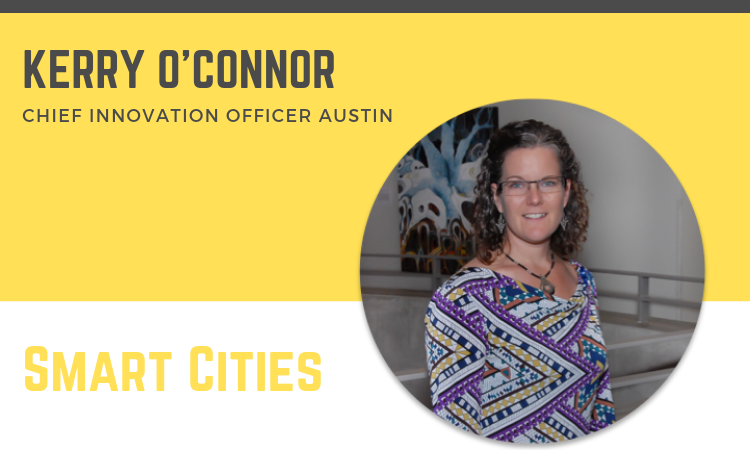 On invitation by the U.S. Embassy in Bern and in collaboration with Impact Hub Bern/ Smart City Bern, Kerry O’Connor, Chief Innovation Officer for the city of Austin, Texas, will be in Bern and Zurich in August. In round tables and talks she will focus on the importance of developing a city-wide sensor technology strategy that is people-centered, problem-driven, responsible and focusses on the local context. For example, every city has some level of maturity with respect to digitalization. The question is: how capable is a city government in using that meta data to solve its problems?

Kerry O’Connor joined the City of Austin on March 24, 2014. Previously, Kerry worked at the U.S. Department of State, where she established an innovation unit called the Research and Design Center in the Office of the Secretary of State.  Her R&D Center offers research, consulting, brainstorming, and strategic design services. She holds a Master of Arts in International Affairs from The George Washington University and a Bachelor of Arts in International Affairs from James Madison University.

If you would like to hear Kerry speak, sign up for the event on August 14 at Bernapark, Deisswill, “Smart city: from ego-system to eco-system”