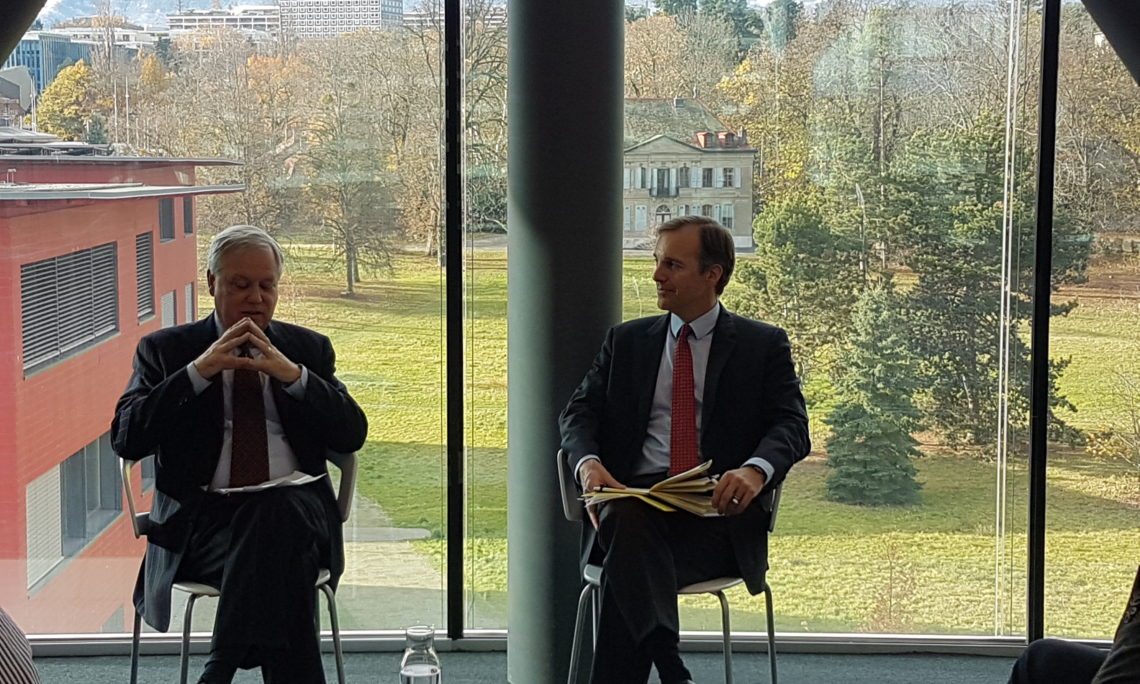 From 13 to 15 November on invitation by U.S. Embassy Bern and Foraus, Swiss think tank on foreign policy, Dr. Kim Holmes had a speaking tour in Switzerland.

As an expert on foreign and defense policy in the U.S. government, Kim Holmes gave his view on policies under the current U.S. administration and their consequences for transatlantic relations. One of his main concerns is the growing political polarization both domestically and internationally, giving rise to increasingly extreme standpoints and populism.

Dr. Holmes spoke at the GCSP in Geneva, the U.S. Permanent Mission in Geneva, at a foraus-organized conference, and at an Evening Talk hosted by the Center of Security Studies in Zurich. He also had interviews with journalists from online newspaper Watson and SRF Radio Echo der Zeit.

Dr. Holmes is Acting Senior Vice President for Research at the Heritage Foundation, a think tank whose mission is to formulate and promote conservative public policies.  He served as the Assistant Secretary of State for International Organization Affairs from 2001 to 2004.