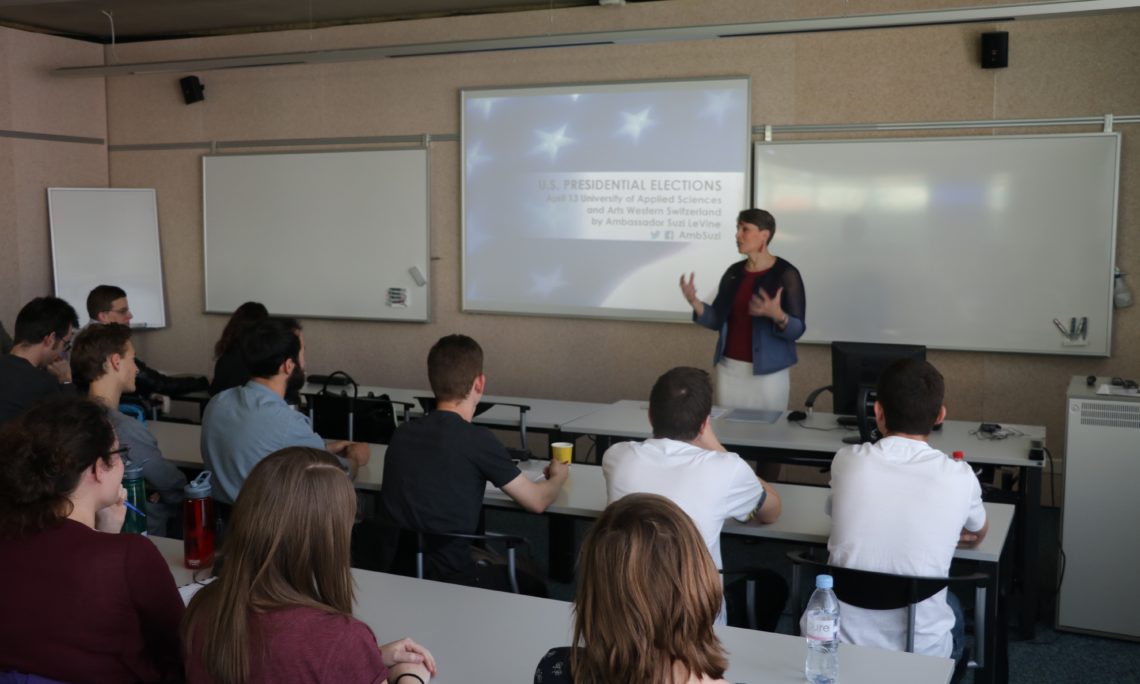 As part of our youth outreach campaign, Ambassador LeVine and her husband Mr. Eric LeVine visited schools in Sion, Sierre, and Zurich on Wednesday, April 13, and Thursday, April 14. The Ambassador spoke about the American presidential election system, explaining how delegate selection, primaries and caucuses, and grassroots organizing contribute to democratically electing a leader to the highest office in the United States. She also held extended question-and-answer sessions where students posed questions on a variety of topics, including her career, the role of the U.S. Ambassador in Switzerland, and current U.S. policy. Meeting with young people is one of Ambassador LeVine’s priorities; she welcomes the opportunity to listen to students and exchange perspectives on issues facing the U.S., Switzerland, and Liechtenstein.