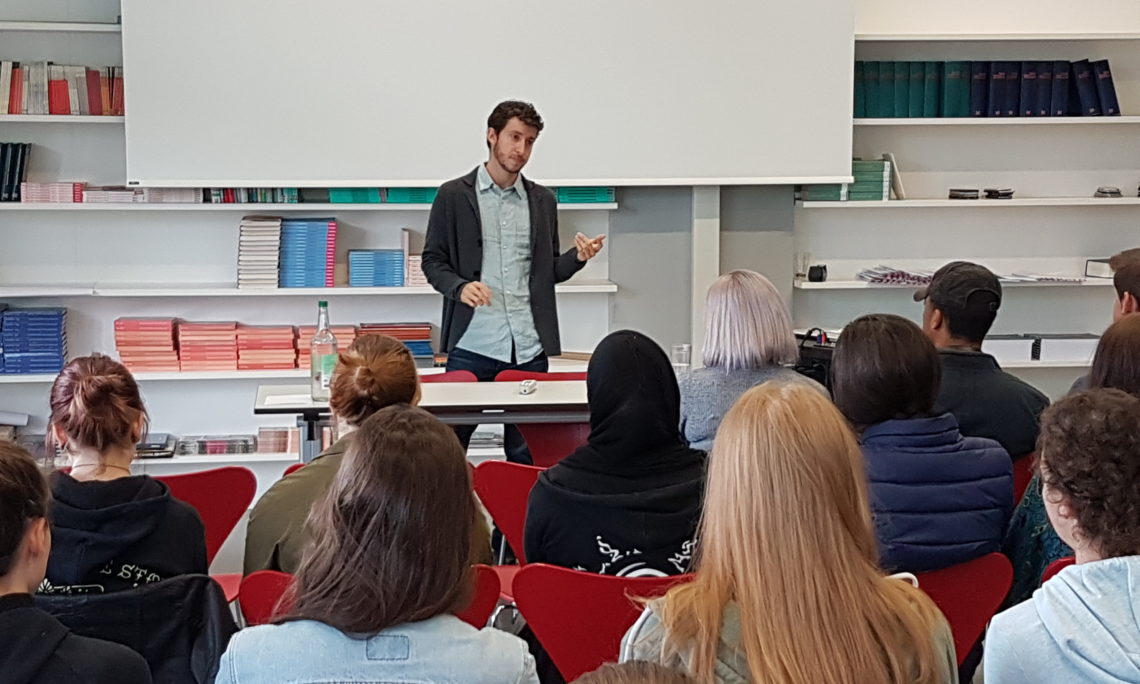 On invitation by U.S. Embassy Bern New York poet, social media activist, and film maker Max Stossel was in Bern for various speaking engagements. Max spoke with four groups of high school students at the Gymnasium Kirchenfeld and Neufeld on the use of social media and how it should enhance one’s life, instead of making one dependent on it. The talk was part of the movement “Time well Spent,” which Max co-founded to advocate for social media that enhances humanity, rather than the other way round. The aim of the school talks was to raise awareness among students ages 15 to 19 on the influence of social media on their lives. Max furthermore spoke on the use of social media for start-ups at the Impact Hub in Bern and performed at a spoken word event at Kulturlokal ONO for a wide diversity of Embassy guests.