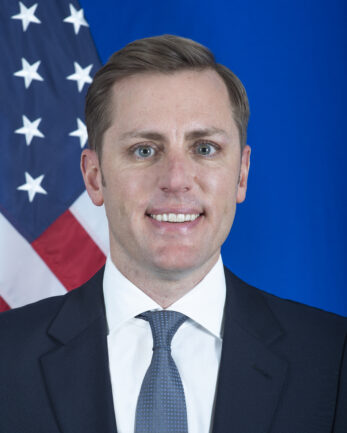 Scott C. Miller was sworn in as Ambassador Extraordinary and Plenipotentiary to the Swiss Confederation and to the Principality of Liechtenstein on December 21, 2021.

Previously, Ambassador Miller served as an account vice president at Switzerland-based UBS Wealth Management in Denver, Colorado.  He has also worked as a management consultant for Accenture and as an event planner for global clientele.  Ambassador Miller earned a Bachelor of Science degree with honors in business administration from the University of Colorado in Boulder.

Latest from the Ambassador