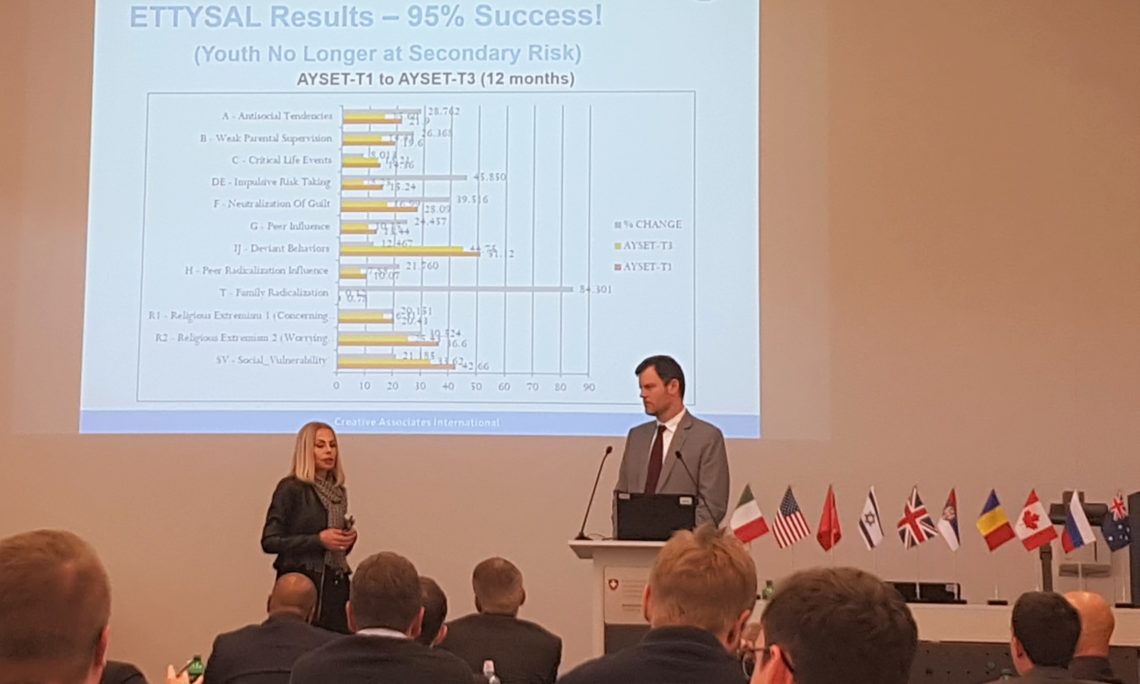 On invitation by the U.S. Embassy in Bern, Paul Turner, Technical Director for Countering Violent Extremism and the Senior Peacebuilding Advisor at Creative Associates (Creative), was in Switzerland from 13 to 15 October for a series of speaking engagements.  He spoke about radicalization in general–beyond Islamic or religious radicalization-, why it happens  and which groups are most vulnerable. He also provided tools on how to detect and prevent radicalization and violent extremism early.  Paul Turner spoke with people at the Center of Security Studies, at the conference of Youth and Media and of the Federal Police, with Bern migration and social workers, and also with representatives of the canton of Geneva Gardez-le-Liens network– police, social workers, judges/lawyers. The exchange on the tools mentioned above and of Paul Turner’s personal experience proved to be very useful.