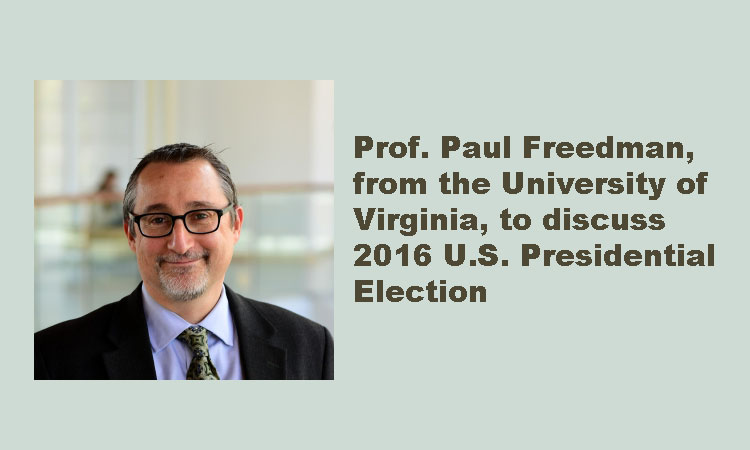 The U.S. Embassy in Bern is pleased to be sponsoring Dr. Paul Freedman, associate professor of political science from the University of Virginia, on a speaking tour of Switzerland during first week of March. A specialist in public opinion, media and politics, and voting behavior, Dr. Freedman also serves as an election analyst for ABC News in New York.  While in Switzerland, Dr. Freedman will give talks before a wide variety of audiences on voting patterns, campaign strategies, political TV advertising, the use of traditional and social media, and other factors that led to President Trump’s victory.