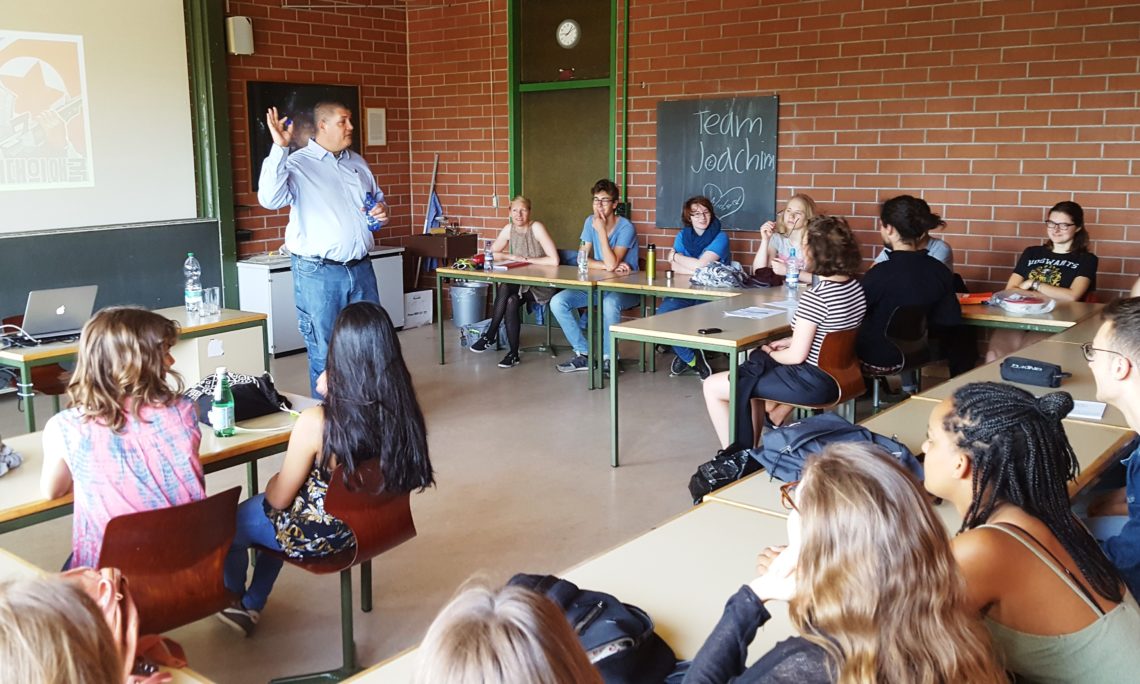 Adam Johnson, 2013 Pulitzer Prize winner for his novel The Orphan Master’s Son, was in Bern from May 22-23. On invitation from U.S. Embassy Bern, Johnson was the guest of honor in a fireside chat about his approach to writing The Orphan Master’s Son, a novel set in North Korea following the life of orphan and model citizen Pak Jun Do. He also spoke before a group of students of the Gymnasium Köniz-Lerbermatt about North Korea, life there and the many curiosities he encountered in his research about the country and during his visit there. At the conclusion of his trip, the Collegium General of the University of Bern invited Johnson to give a reading of his novel for 70 guests.

Adam Johnson is the Phil and Penny Knight Professor in Creative Writing at Stanford University; he is the winner of a Whiting Award as well as fellowships from the Guggenheim Foundation, the National Endowment for the Arts and the American Academy in Berlin. His latest book, Fortune Smiles, is a collection of short stories that won the 2015 National Book Award. His fiction has appeared in Esquire, GQ, Playboy, Harper’s Magazine, Granta, Tin House and The Best American Short Stories. His work has been translated into more than thirty languages.