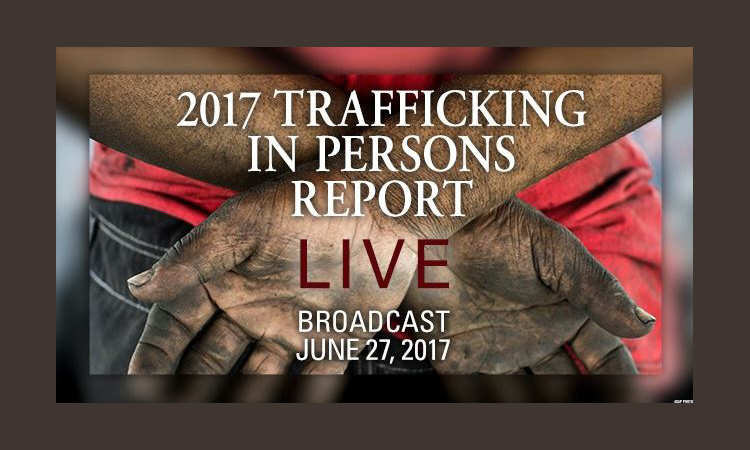 As required by the Trafficking Victims Protection Act, the TIP Report assesses government efforts around the world to combat human trafficking. This year’s Report, the 17th installment, includes narratives for 187 countries and territories, including the United States.

During the ceremony, Advisor to the President Ivanka Trump, who has taken a leadership role at the White House to combat human trafficking, will honor the 2017 TIP Report Heroes, eight men and women from around the globe whose tireless efforts have made a lasting impact on the fight against modern slavery. Following the ceremony, the Heroes will travel to cities across the United States to engage with the American people through an International Visitor Leadership Program.

The event will be streamed live on www.state.gov.