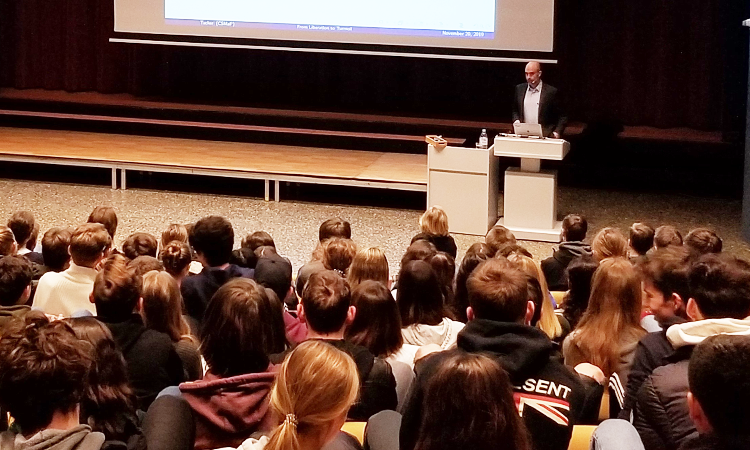 On invitation of the U.S. Embassy in Bern, Joshua Tucker, Director of New York University’s Jordan Center for Advanced Study of Russia, and co-director of the Social Media and Political Participation (SMaPP) lab gave several talks in Switzerland. He spoke at the Political Science Department of the University of Lucerne and at Gymnasium Rämibühl in Zürich. He also had a meeting at the Research Institute for the Public Sphere and Society of the University of Zurich. During his talks, he discussed several of his research projects that look at the role of social media when it comes to disinformation, hate speech and Russian trolls. An interesting takeaway of his talks is that social media can be both a liberating and a repressive technology, depending on who uses it and how it is being used.