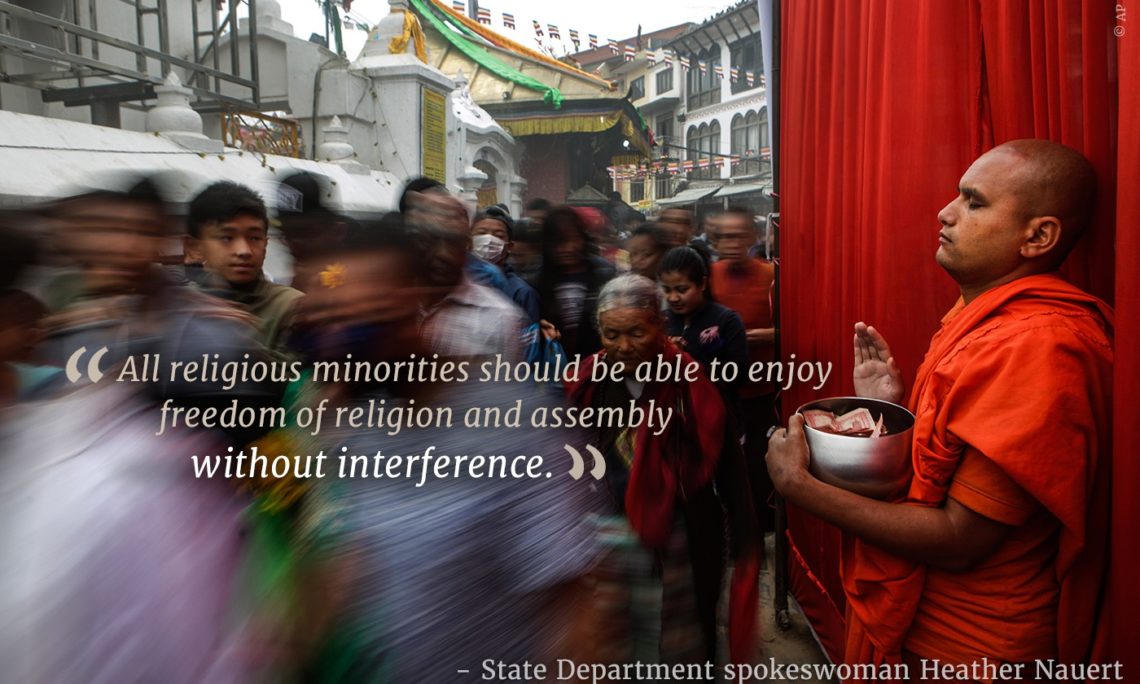 All religious minorities should be able to assemble without interference.

On August 15, 2017 the U.S. Department of State released the International Religious Freedom Annual Report 2016, which provides details on the status of religious freedom in 199 countries and territories. In his remarks on the release of the report, Secretary of State Rex Tillerson said: “No one should have to live in fear, worship in secret, or face discrimination because of his or her beliefs […] the State Department will continue to advocate on behalf of those seeking to live their lives according to their faith.”

Country reports on Switzerland and  Liechtenstein can be downloaded on the State Department website.