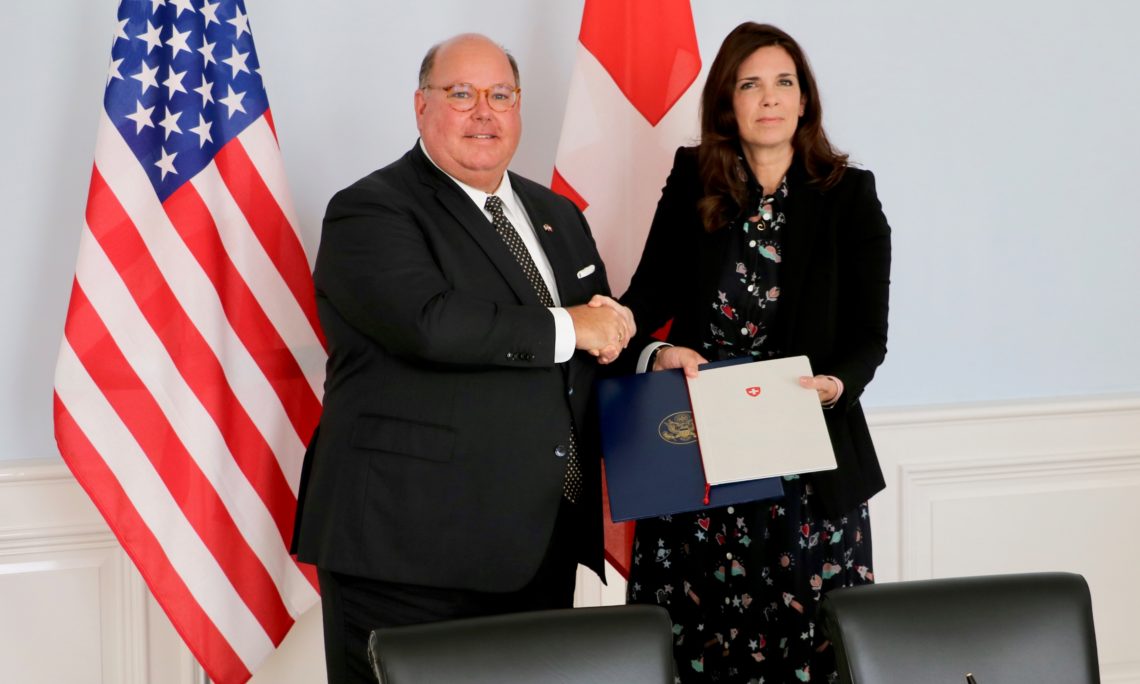 On Friday, September 20, 2019 in Bern, the United States of America and Switzerland exchanged the instruments of ratification of the protocol of amendment to their double taxation agreement in the area of taxes on income (DTA). The protocol, which entered into force on the same day, represents a milestone in tax relations between Switzerland and the USA.

Daniela Stoffel, State Secretary for International Finance at the Federal Department of Finance, and Edward T. McMullen, Jr., U.S. Ambassador to Switzerland, announced that the respective ratification procedures of the Protocol amending the Double Taxation Convention have been completed, thus bringing the Protocol into force.

By exchanging the instruments of the Protocol, both countries acknowledge the ratification of the 2009 Protocol amending the Convention between the United States of America and the Swiss Confederation for the Avoidance of Double Taxation with Respect to Taxes on Income, signed at Washington on October 2, 1996.

The new Protocol replaces the existing treaty’s exchange of information article with one that follows the approach of the U.S. model income tax treaty and the Organization for Economic Cooperation and Development (OECD) Model Tax Convention on Income and Capital.

Ambassador McMullen comments: “This protocol further strengthens the excellent bilateral economic relationship between the United States and Switzerland.  Tax administration will be clearer, faster and more efficient because we have this protocol in place.”

To view the full text of the Tax Treaty Protocol, please click here.