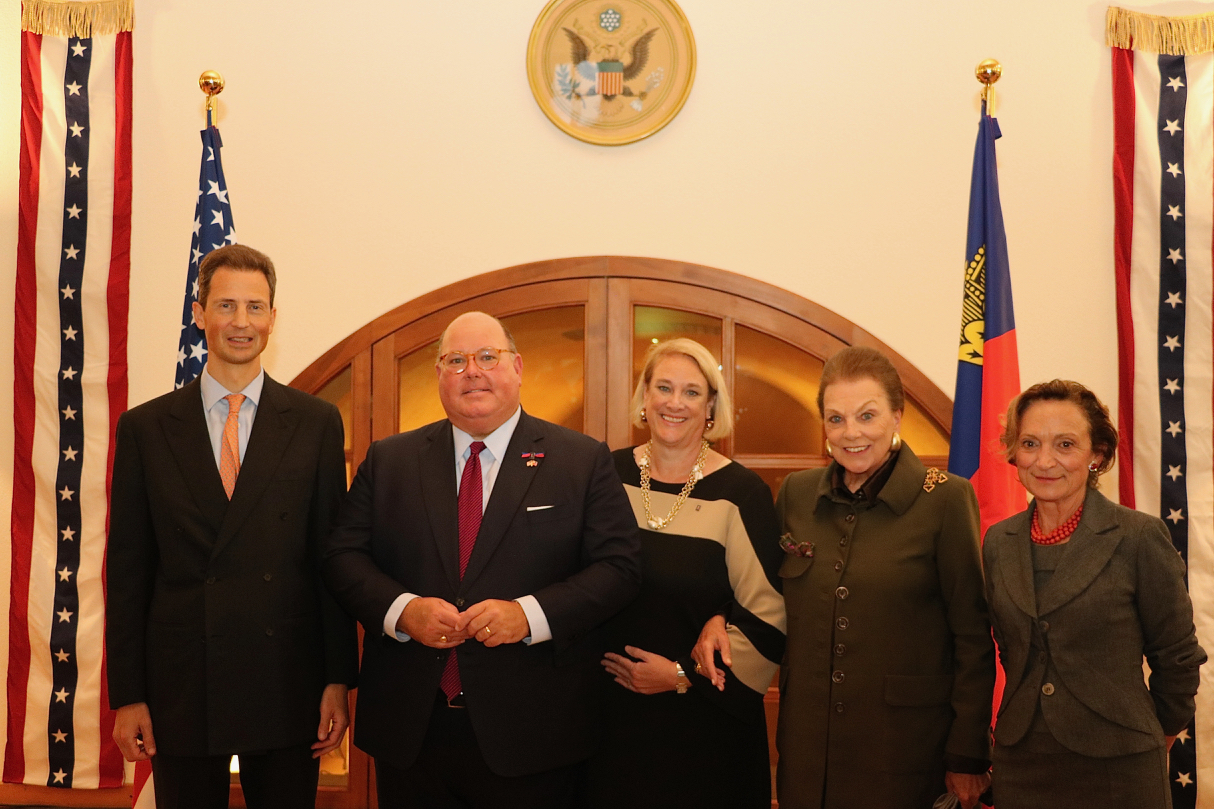 On October 2, 2019, U.S. Ambassador McMullen hosted a reception at the princely winery in Vaduz to celebrate the close U.S.-Liechtenstein ties. “The U.S. and Liechtenstein are great partners in areas to include trade, investment and fighting financial crimes,” said the Ambassador. The event was attended by more than 100 guests. In addition to leaders from government, business, academia and media, the princely family was in attendance, too. In his remarks, Hereditary Prince Alois highlighted the values of democracy, rule of law and innovation the U.S. and Liechtenstein share. Ambassador McMullen presented the Hereditary Price with a special gift: a letter from the White House on the occasion of Liechtenstein’s 300th anniversary, personally signed by U.S. President Trump.

While the weather turned stormy outside, the guests enjoyed lively conversations and delicious food and wine in the cozy atmosphere of the winery. “As I reside in Bern, I make it a point to visit Liechtenstein frequently. With this event I wanted to thank our partners and friends and encourage even greater commerce and cooperation between our countries,” concluded Ambassador McMullen.

We thank our partners Hilti, Inficon and Oerlikon for their support that made this wonderful event possible. More photos from the reception can be found in the Embassy’s Flickr album.

U.S. – Liechtenstein Relations Over the Years

Since the beginning of our bilateral relationship, Liechtenstein has been a valued and steadfast partner in promoting democracy, human rights, and economic prosperity. Liechtenstein has worked closely with the U.S. government to combat financial crime, including terrorist-financing networks. The United States and Liechtenstein have signed a tax information exchange agreement and a mutual legal assistance treaty to jointly combat money laundering and other illegal banking activities.

Our two countries share important core principles: a commitment to competitiveness, longstanding traditions of innovation, and an entrepreneurial spirit. These are underpinned by deeply rooted common values of democracy, decentralized power, and individual responsibility. Ambassador McMullen looks forward to continued friendship, security cooperation, and economic growth between our countries in the years to come.