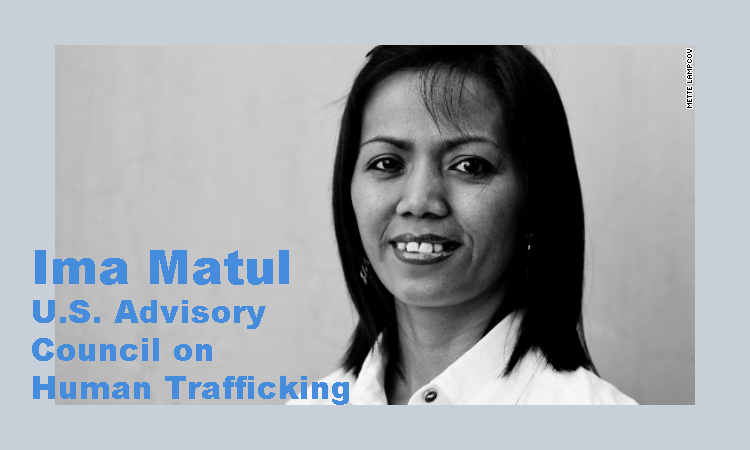 Ima Matul will be in Switzerland in October 2017 on the invitation by the U.S. Embassy in Bern for several speaking engagements.  Ima Matul is member of the U.S. Advisory Council on Human Trafficking and is the Survivor Coordinator for the Coalition to Abolish Slavery and Trafficking (CAST) in Los Angeles.

Her visit takes place in the framework of the Swiss Action Weeks Against Trafficking in Persons from October 18 to November 3.

Ms. Matul, born and raised in Indonesia, was lured to the U.S. as a teenager on the promise of a well-paid job.  Her “labor recruiter” turned out to be a trafficker, and Matul was forced to work as an unpaid laborer in a private home.  She worked eighteen hours a day, seven days a week, and was threatened and abused daily.  She managed to escape after three years and received counseling, legal assistance, and job skills training at CAST, where she now works as survivor coordinator.

Ima will speak at high schools, with government officials, media, and a variety of organizations.

For more information on the activities during the Swiss Action Weeks Against Trafficking in Persons.