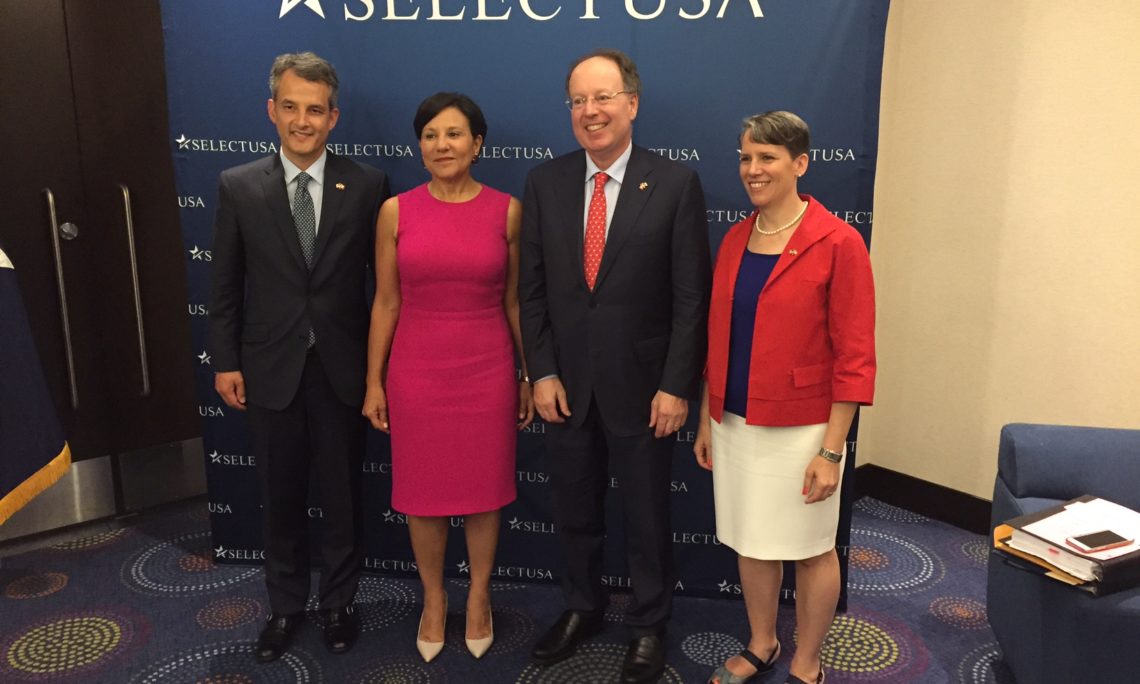 Ambassador Suzan LeVine led the largest delegation from Europe to the third SelectUSA Investment Summit in Washington, D.C., June 19-21, 2016. Ambassador LeVine and 60 delegates from Switzerland joined President Barack Obama(Remarks by the President at the 2016 SelectUSA Investment Summit), Commerce Secretary Penny Pritzker (Remarks by U.S. Secretary of Commerce Penny Pritzker at the 2016 SelectUSA Investment Summit), Secretary of State John Kerry, and other administration officials at the Summit, designed to promote the United States as the premier destination for foreign direct investment (FDI).  The Swiss delegation represented a diverse group of businesses, ranging from start-ups, SMEs, and large companies to multi-nationals from a wide array of industries.  While at the Summit, a number of Swiss delegates participated in high-level panels, including “The United States: Global Innovation Starts Here” and the “International Apprenticeship Roundtable” with U.S. Secretary of Labor, Thomas E. Perez.  The Select USA Summit brought together international companies, domestic U.S. economic development organizations, and a range of other stakeholders to explore job-creating investment opportunities throughout the United States.  The highly successful, two-day Summit welcomed more than 2,500 participants from 70 foreign markets and the United States.