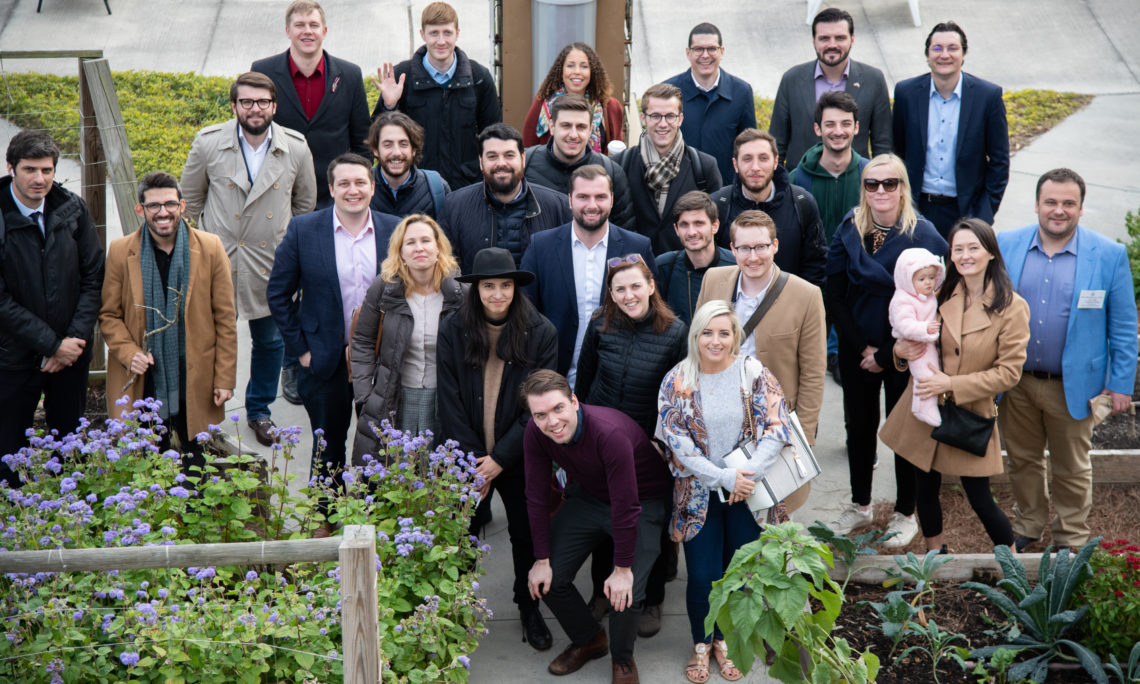 This past winter, Andri Silberschmidt, a politician and entrepreneur from Switzerland, participated in a three-week IVLP exchange program designed by the U.S. Department of State.

Back in Bern, around a table of interested U.S. Embassy staff, Andri shared his experience:

The IVLP program makes it possible to break down prejudices, make new friends, better understand America and make plans for a common future.

The program with 25 participants from 20 different countries began smoothly with a tour of Washington D.C. Representatives from the government, politicians, scientists and think tank researchers provided insight into the American political system on the topics of federalism, elections, migration, cyber security and foreign policy.

After Washington, the three-week trip continued in Baltimore, where the group learned more about youth unemployment and crime. They discussed best practices in helping at-risk youth to gain employment and move away from a dangerous life on the streets.

Next stop–the West Coast and San Francisco. At the Plug & Play Tech Center in Sillicon Valley, the group saw how start-ups work with established companies to innovate for tomorrow and learn about business ecosystems. Andri was captivated: “This is impressive and also a good example for similar initiatives that are happening in Switzerland.”

In Oklahoma City, the group visited a school and learned about the indigenous Chickasaw people.  And in Orlando, the participants discussed religion and LQBTIQ+ issues with communities affected by hatred and violence.

After his return, Andri summarized the exchange program:

A highlight was the very personal, direct exchange with people, who have their own story to tell. Moreover, the many contrasts that America has to offer were an eye-opener. It was no surprise that the world in Oklahoma City is different from the coastal cities of San Francisco or Orlando. It’s also a big challenge: How can you take this diversity into account in the laws you enact? Especially in a world where the complexity of solutions is constantly increasing.

The many exciting conversations, especially the relationships we developed with the 24 other European participants were a gift. It was enriching to reflect on what we had experienced.  The exchange program helped me to better understand the concerns of the other countries in Europe and that discussions have a completely different nature when they take place on another continent.

The International Visitor Leadership Program (IVLP) is the U.S. Department of State’s premier professional exchange program. Through short-term visits to the United States, current and emerging foreign leaders in a variety of fields experience this country firsthand and cultivate lasting relationships with their American counterparts. Professional meetings reflect the participants’ professional interests and support the foreign policy goals of the United States.