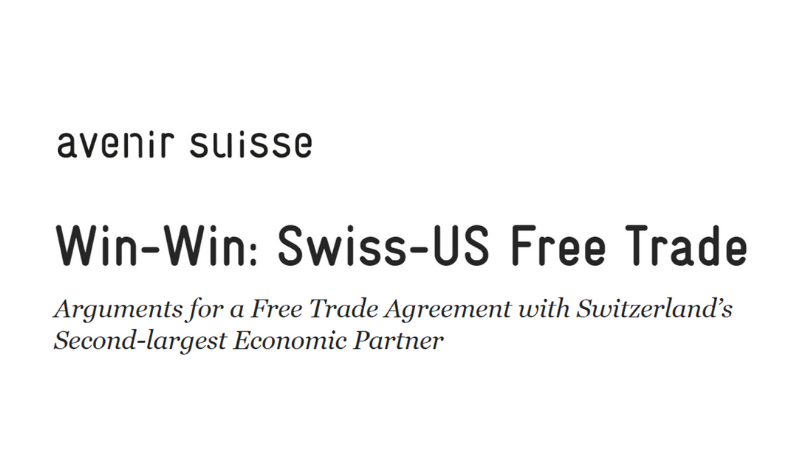 Ambassador McMullen has long advocated that our countries’ bilateral relations can grow even stronger: “Our likeminded approach to economic freedom, free trade, and entrepreneurship creates opportunities to deepen trade ties. As Secretary of State Pompeo stated during his June 2, 2019 press conference with Federal Councillor Cassis in Bellinzona, an agreement across all industries in both our economies would make trade faster, fairer, and more mutually advantageous.”

In addition to strong trade and investment ties, our countries also have a long record of collaboration on research and development, science and technology, workforce training, and exchange programs.

The full Avenir Suisse study can be downloaded here.