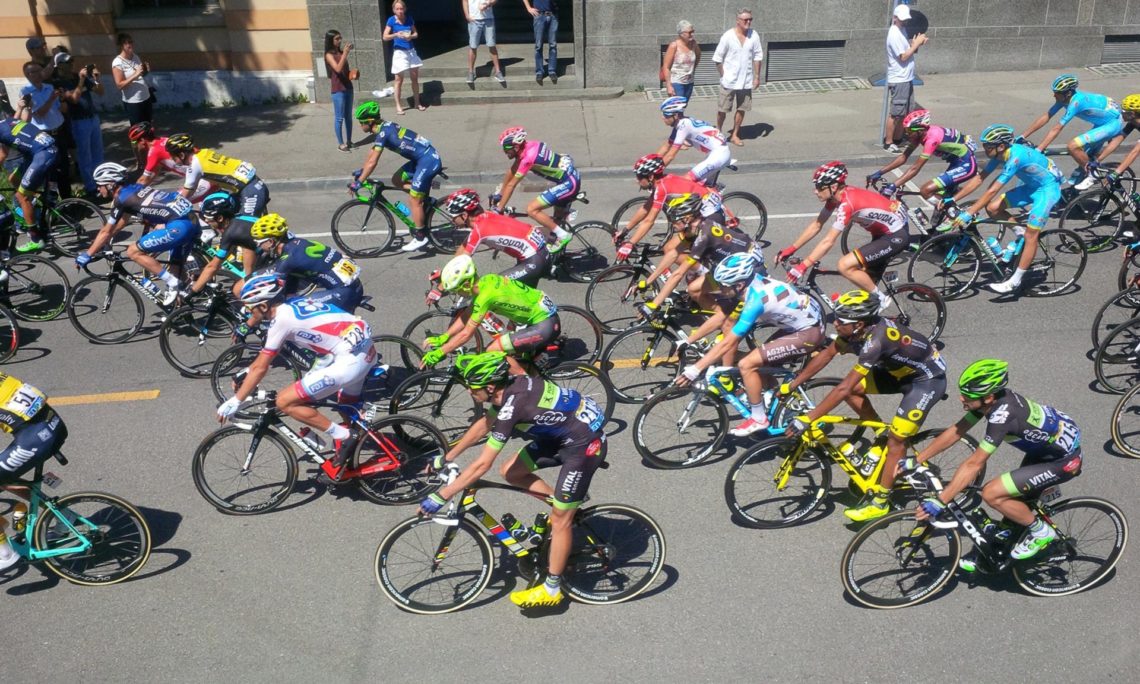 The tour rides past U.S. Embassy, Bern as they depart for the next stage

On Tuesday July 19,  the U.S. Embassy welcomed U.S. cycling team Trek-Segafredo for a coffee break as part of their rest day activities in Bern. The team, which includes Swiss rider and local hero Fabian Cancellera, U.S. rider Peter Stetina and current #2 in the overall race, Bauke Mollema, stopped by the Ambassador’s Residence where they met with Ambassador LeVine, her husband, Eric, and Embassy staff.

In her remarks to the group, Ambassador LeVine noted that the Tour de France was the perfect example of sports diplomacy and international cooperation. The event also brought the riders together with aspiring bicycle mechanics from Eritrea and Afghanistan, asylum seekers in Switzerland participating in a vocational training program through the Transition Center in Lyss, in the canton of Bern.

Earlier in the day Ambassador LeVine, Eric and their family met with U.S. team BMC in Spiez and the Embassy played host to an international press conference for Trek-Segafredo rider Bauke Mollema. On July 20, before the Tour’s departure from Bern, Ambassador LeVine and Eric also met U.S. riders from the Cannondale-Drapac team.