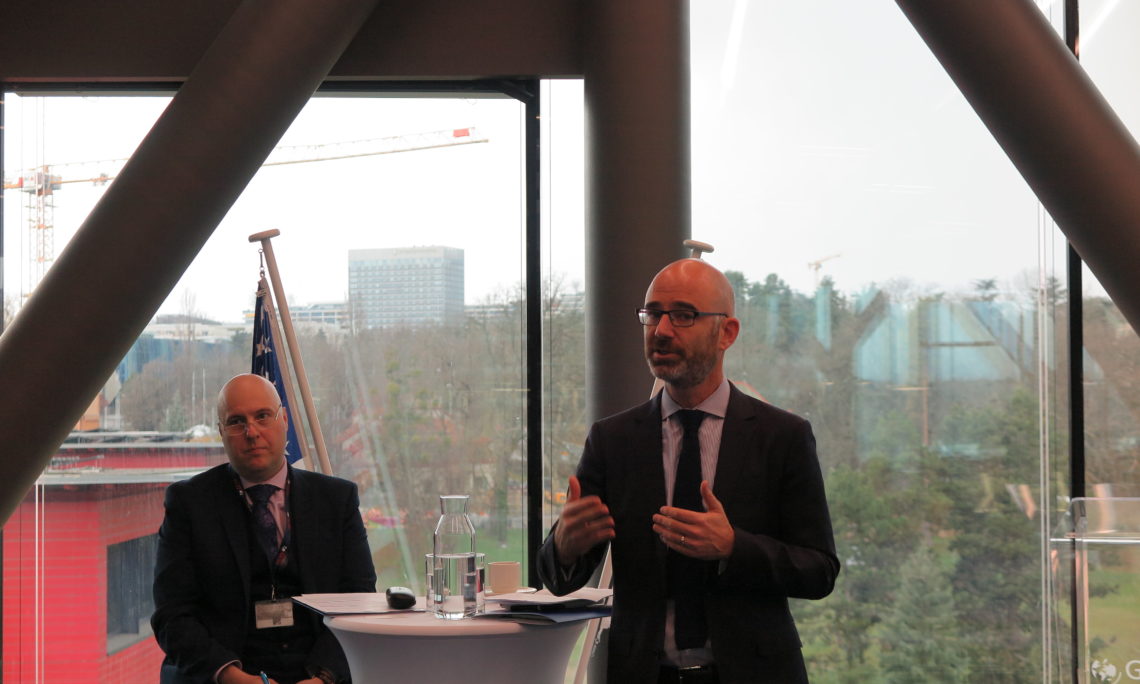 At the invitation of U.S. Embassy Bern, Adam Segal of the Council on Foreign Relations, traveled to Switzerland to join other experts in a series of meetings and discussions focused on U.S. and Chinese international cyber policies. Adam talked with students of the University of Geneva, spoke at think tanks Foraus, GCSP and CSS, presented at the World Trade Institute of the University of Bern, and gave interviews to members of the Swiss press. The overarching topic of Segal’s visit was U.S.-China relations in cyberspace and how the two countries’ cyber policies affect their economies. Segal specifically addressed the U.S. stance towards Huawei and the latest developments in the realm of 5G technology.

Segal is the Council on Foreign Relations’ Ira A. Lipman chair in emerging technologies and national security, and the director of the Digital and Cyberspace Policy Program. He is an expert on security issues, technology development, and Chinese domestic and foreign policy. In his book The Hacked World Order: How Nations Fight, Trade, Maneuver, and Manipulate in the Digital Age, he describes the increasingly contentious geopolitics of cyberspace. Previously, Segal was an arms control analyst for the China Project at the Union of Concerned Scientists. There, he wrote about missile defense, nuclear weapons, and Asian security issues. He has been a visiting scholar at the Hoover Institution at Stanford University, the Massachusetts Institute of Technology’s Center for International Studies, the Shanghai Academy of Social Sciences, and Tsinghua University in Beijing.