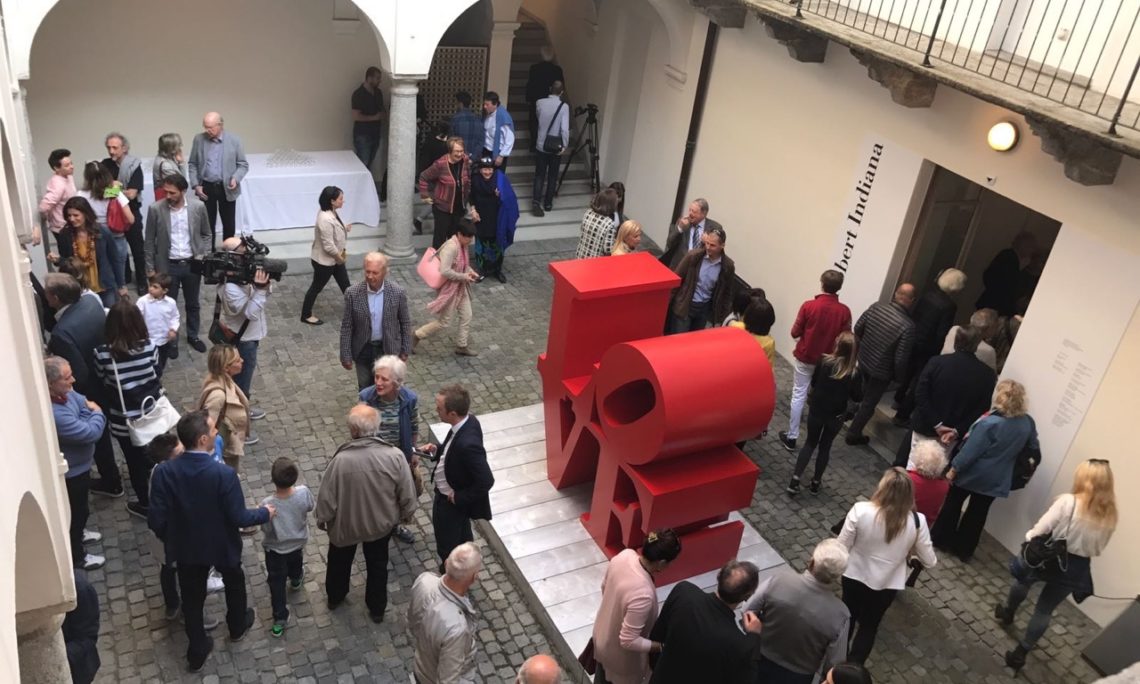 On April 8, 2017, Vice Consul Benjamin Baughman spoke at the opening of the Robert Indiana exhibit at the Pinacoteca Comunale Casa Rusca in Locarno.  U.S. Embassy Bern is a proud supporter of the celebration of the American pop art master.  Best known for his iconic LOVE sculpture, Indiana’s art has been inspiring people around the world with his bold hard-edge style.  The exhibition showcases over sixty works of art and follows exhibitions at the Whitney Museum in New York and the State Russian Museum in St. Petersburg.

In his remarks, Baughman highlighted the power of art to bring people together and foster understanding across cultures.  He noted that the Swiss exhibit of an American artist is a symbol of the great appreciation that the Swiss and Americans share for one another’s cultures.  The exhibit, in collaboration with Galerie Gmurzynska in Zurich, runs from April 9 to August 13, 2017.