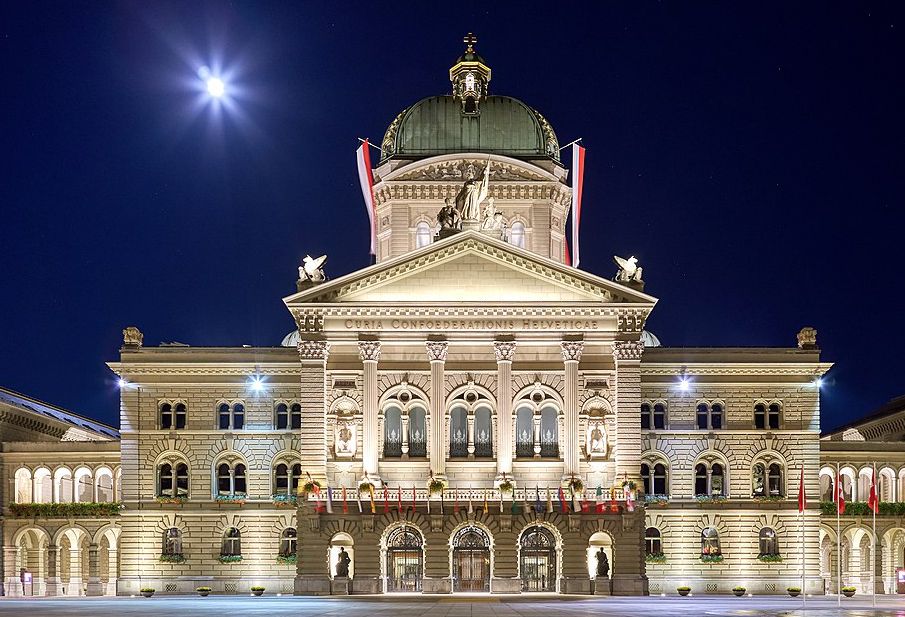 photo credit: wikicommons_Axel Tschentscher (we will make sure to use the picture only for the website according to licensing: https://commons.wikimedia.org/wiki/File:Bern_Parliament_Plaza_Flagged_Moon_2019-09-14_00-02.jpg)

To all our Swiss friends and partners – Happy National Day!

Today we honor more than 700 years of Swiss democracy, which laid the foundation for other democracies to follow.

Our ties were strong from the very start.  And those foundational ties from centuries ago, based on our shared and absolute commitment to democracy, independence, and freedom, have made us the sister republics we are today.

It’s why so many Americans bring their families and businesses to Switzerland, and why so many Swiss live, work, and study in the United States.

And it’s why we are such strong and effective partners working together to advance human rights, democracy, and economic growth.

As a guest in Switzerland, your National Day is an moment for me to reflect on the great privilege tolive and to work here, and on the many reasons I am inspired by the US-Swiss partnership.

I’m inspired by your excellence and innovation.  Swiss companies are pioneering everything from life-saving vaccines to space technology, and I am proud of the many partnerships with U.S. companies in this work.

I’m inspired by Switzerland’s global leadership in promoting peace.  I have witnessed the return to freedom of Americans detained for years in Iran thanks to Switzerland, our Protecting Power.  The Swiss government not only helped them return safely to their families, but prior to their release they cared for them for years on our behalf, treating them as if they were their own people.

That’s a spirit of service I have found towards the greater good throughout all our partners in the Swiss government.

We saw this again when Switzerland hosted the U.S.-Russia Summit, and we see it every day in Switzerland’s generous contributions to global health and development.

I am also endlessly inspired by the incredible beauty of your country.  There are few places in the world where the postcard image stands up to reality.  Switzerland is one of them.

I am lucky to look out my window every day to the Eiger, Moench, and Jungfrau in the distance, and to watch their peaks change from white to green to pink with the Alpenglow.  I deeply respect that your many natural wonders are preserved and protected, and your history and traditions of the land are cherished and celebrated.

On this National Day, I join all Americans in Switzerland in congratulating you.

And, on behalf of everyone at the U.S. Embassy in Bern, I wish you “schoene Erster August”, “bonne premier août,” “buon primo Agosto,” and “bel prim aoust.