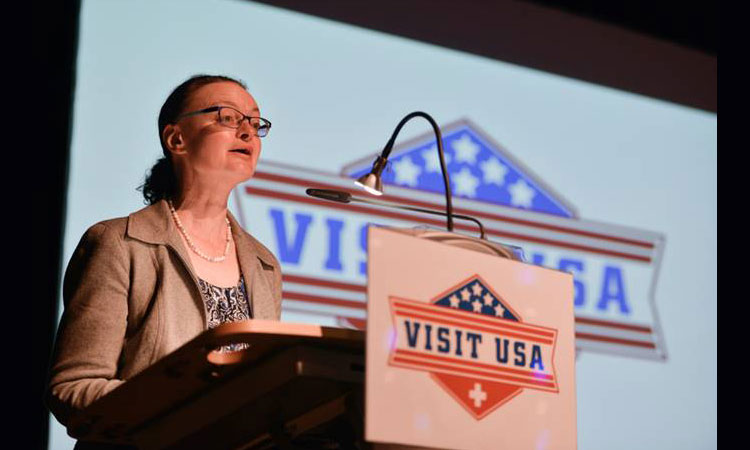 Chargé d’Affaires Tara Feret Erath delivered opening remarks at the Visit USA Seminar on February 1, 2017 in Zürich-Regensdorf.  A total of 375 travel professionals attended the event which featured 54 partners and exhibitors.  Chargé d’Affaires Erath thanked the audience for promoting tourism to the U.S. and thus contributing to the U.S. economy.  She noted that the United States is the most visited country in the world, with about half a million travelers from Switzerland alone. She described what the U.S., as a tourist destination, has to offer; she pointed out its geographic, regional and cultural diversity and the wide range of indoor and outdoor activities – all with the advantage of one language and one currency.

Chargé d’Affaires Erath emphasized that Colorado, the guest state in this year’s seminar, is known for more than its tourism industry. It is also known for having created an ecosystem that enables Swiss and U.S. companies to introduce a Swiss-inspired apprenticeship program at their facilities. The U.S. Embassy actively supported this development.