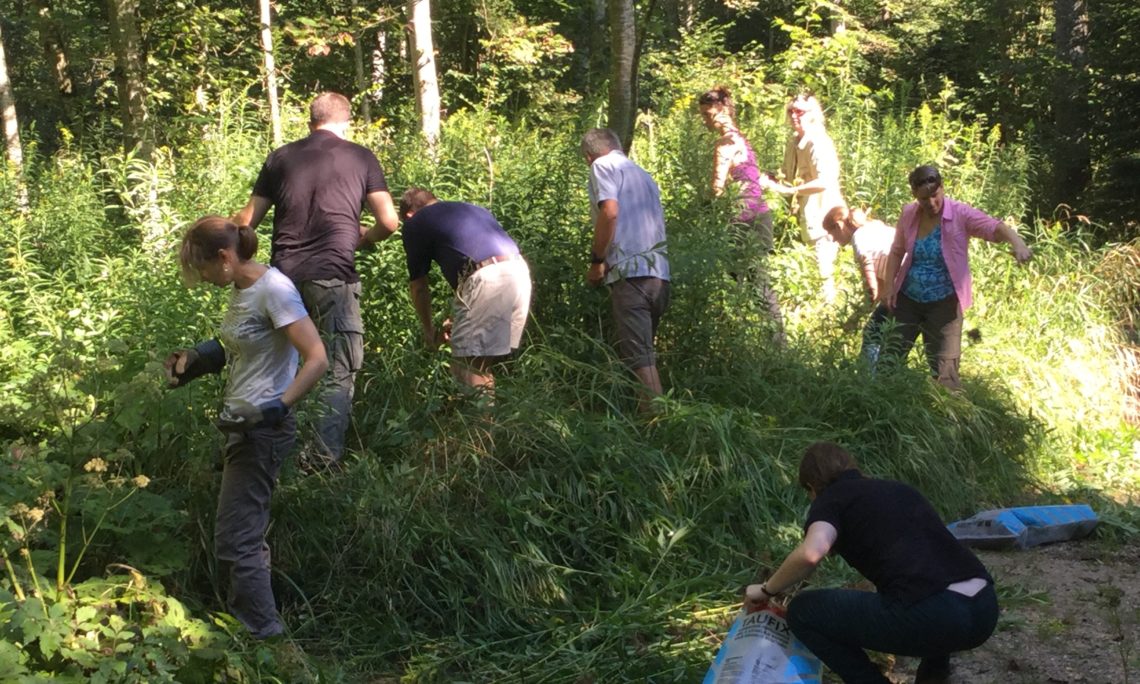 U.S. Embassy Bern has led a series of initiatives over the past year in celebration of the U.S. National Parks Service’s 100th anniversary. On one hand, the goal of these activities was to highlight the value our two countries share of protecting and enjoying the great outdoors. On the other hand, U.S Embassy Bern wanted to bring attention the critical role that governments play as stewards of our planet’s natural resources.

The series culminated in a hike and volunteer activity led by Ambassador Suzan LeVine and her husband Eric LeVine for Embassy staff and friends at the UNESCO Biosphere at Entlebuch on August 25th. Eva Frei, project manager at the Biosphäre, led the group on a nature walk while describing the park’s delicate ecosystem and explaining how the Biosphaere works to protect it. The walk led to a bank where an invasive species, goldenrod, had taken root and was threatening other plants around it. The group cleared the affected area by tearing out the tall stalks by their roots.

Preserving natural heritage ‎is a priority for both Americans and Swiss. Celebrating the 100th anniversary of the National Parks Service has created an opportunity to recognize the strong tradition in both countries to enjoy and protect their environments.