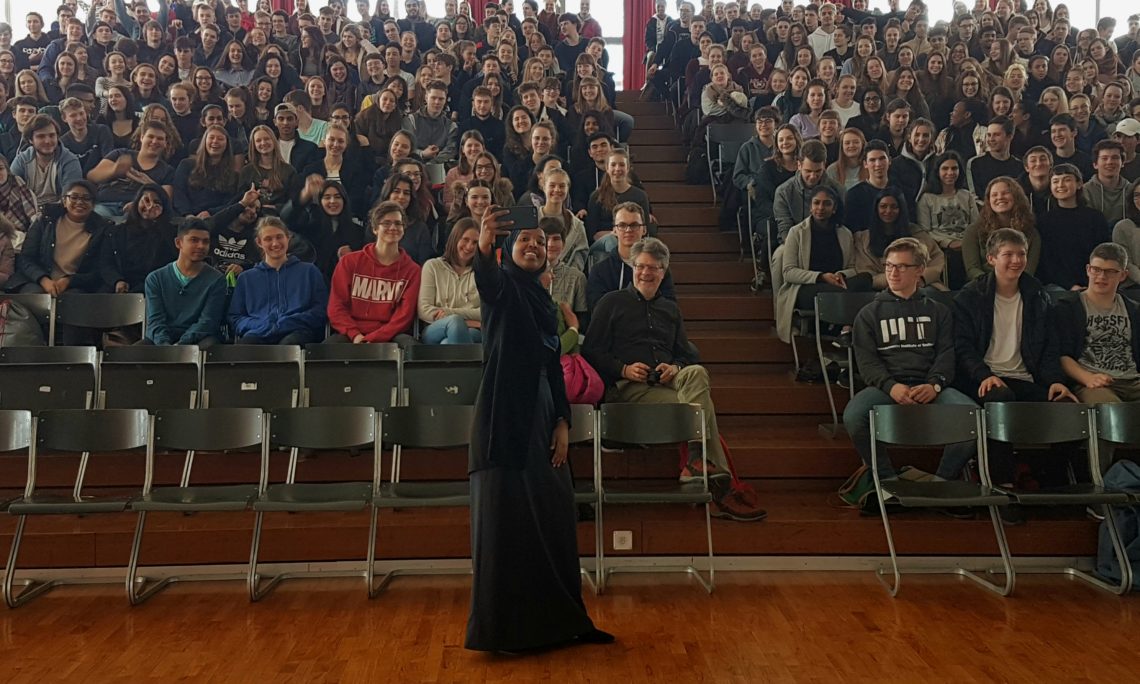 On invitation by the U.S. Embassy in Bern, U.S. Youth Observer to the UN, Munira Khalif gave talks at two high schools in Bern and participated in a round table discussion with 15 young people.  The topic of her talks and discussion was the importance of making education and schooling accessible to everyone, and especially women and girls. She stressed that youth have a voice as well, and that when young people use their voices their opinions are taken seriously. Created to elevate youth voices in the global policy dialogue, the U.S. Youth Observer to the UN is a role appointed annually by the U.S. Department of State and UN Association of the USA. For a one-year term, an American between the ages of 18-25 is selected to engage young people in the U.S. in the work of the United Nations and international issues. In the week of 11 to 15 March Munira was also in Geneva observing sessions of the Human Rights Council.