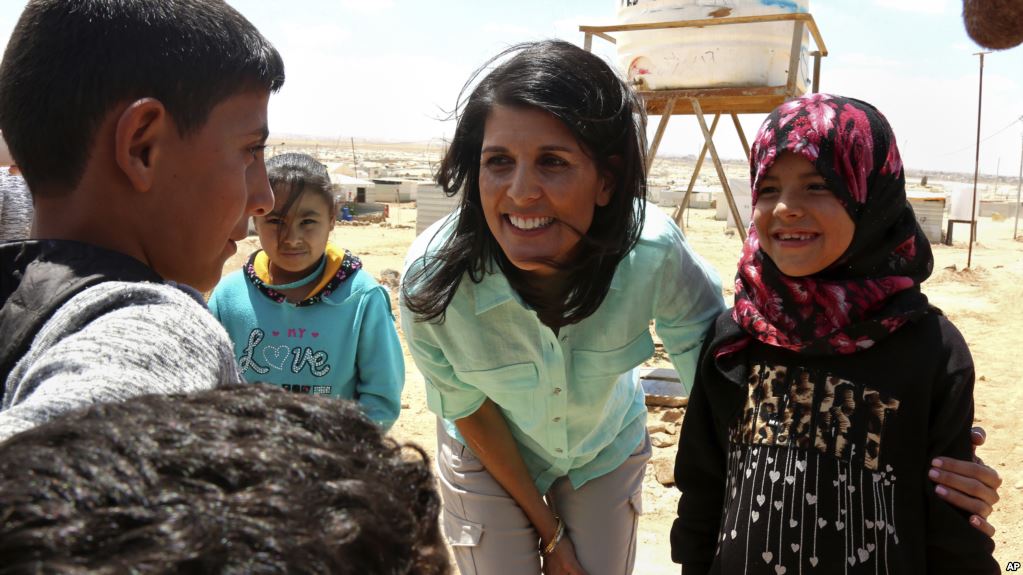 Today on June 20, 2017 the U.S. Embassy Bern commemorates World Refugee Day by recognizing the unique challenges refugees and displaced persons face, their resilience and courage in the face of chilling hardships, and the many invaluable contributions they have made to our Nation and others alike.

Both as the largest provider of humanitarian assistance worldwide and with a long history of humanitarian leadership, the United States is committed to ensuring stability, safety, and opportunity for refugees and displaced persons. The U.S. leads life-saving security and assistance programs like children’s- and women’s protection programs and empowerment projects; food, shelter, education, healthcare services, and access to clean water via U.S. agencies like USAID and the State Department’s Bureau of Population, Refugees, and Migration (PRM). Official U.S. humanitarian assistance totaled more than $7 billion in fiscal year 2016, reaching some four million people in Syria alone.

The U.S. also works in partnership with the international community and countless dedicated civil society organizations by providing support to and helping finance cross-border aid and assistance programs. It is the largest single donor to the United Nations World Food Program (WFP), High Commissioner for Refugees (UNHCR), Children’s Fund (UNICEF), and Relief and Works Agency for Palestine Refugees in the Near East (UNRWA), as well as bodies such as the International Organization for Migration (IOM) and International Committee of the Red Cross (ICRC) along with many others.

A global response is critical for sustainably assisting the over 21 million refugees and 40 million internally displaced persons estimated today- a great majority of whom are vulnerable children, families, and lone individuals displaced by violence and crises worldwide. The United States today emphasizes the continuing importance of global humanitarian efforts in supporting refugees and other vulnerable populations overseas through our vital humanitarian assistance.

The U.S. Embassy Bern is working to uphold these principles and the values of the American public in its efforts to engage with those in our local community, and advocate on behalf of refugees and vulnerable persons worldwide.

The Embassy coordinates exchange programs to identify emerging leaders helping refugees and vulnerable persons , working to further develop the capacities of both American and Swiss organizations. It also engages directly with refugees and asylum seekers through targeted programming and supporting skill development by innovative social entrepreneurs.

Some of Embassy Bern’s most recent activities include: